What else is possible?

Home Blog Which of the 3 brains of the consumer do packaging designers appeal to most?
7Jan 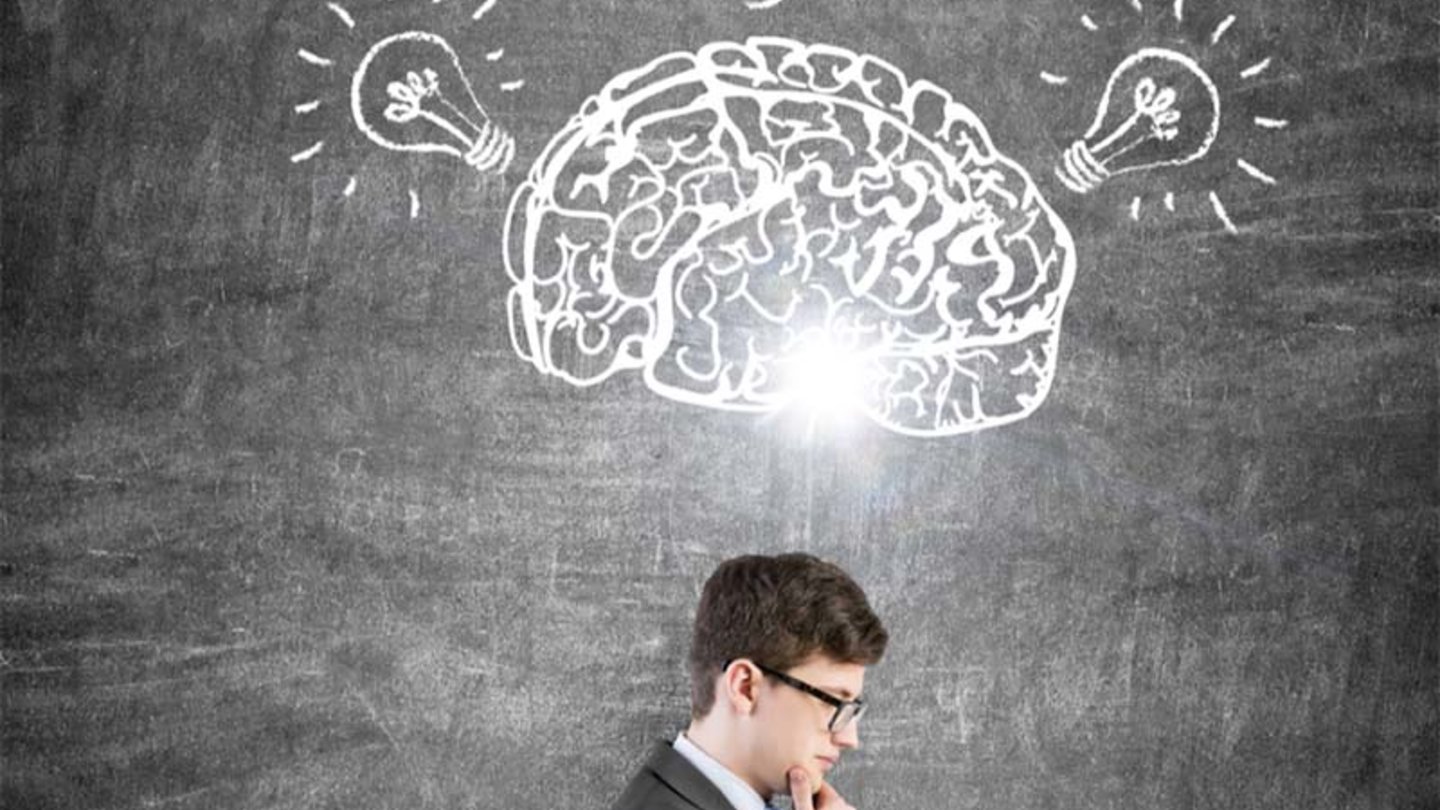 People buy emotionally, then justify their purchases with logic.

Many years ago, attending my very first sales training event, Tom Hopkins, the international and renown author and sales trainer, explained that "People don't buy logically. The buy emotionally, then they justify their purchases with logic." As a young salesperson selling in a corporate environment, I found this to be a tough principle to get my head around. For me at the time, all my experience and education had screamed NO!. Businesses were rational. Surely that meant that the people working in businesses were also rational when it came to making business decisions.

A purchase decision for business either made transactional sense or it didn't. Surely we should be selling with facts and figures, surely we should be appealing to Mrs Rational rather than Mr Emotional? I couldn't conceive of a corporate, dollars and cents world where serious executives would make decisions based on emotion. At that time it was my interesting point of view that emotional decisions were irrational and irresponsible. Whilst it was black and white logic that would appeal most to the rational business buyer. So whilst to me at that time, the concept that “people buy on emotion and justify with logic” made intuitive sense, however rationally it seemed like BS.

We are not dealing with creatures of logic

Dale Carnegie (1888 - 1955), wrote of "How to win friends and influence people", back in 1936, with over 15 million copies sold worldwide, has made it one of the all-time best-selling books of all time. In the book, Carnegie explains that, "When dealing with people, remember you are not dealing with creatures of logic, but with creatures of emotion."  This is a core principle of the book and one that Brand Marketers, packaging designers and salespeople tend to forget or simply gloss over when creating a product that needs to sell itself off a shelf of a sea of competitors.

FACT: People do not decide emotionally

In fact, the statement "People do not buy logically. The buy emotionally, then justify their purchases with logic." has been shown to no longer be completely accurate. Neuropsychology and behavioural scientists tell us now that in fact, people actually don't make decisions emotionally at all. Well researched, empirical data now shows that our emotional decisions are neither irrational nor irresponsible.

Were you aware that 95% of our purchase decisions, according to Harvard Business School professor Gerald Zaltman, take place unconsciously? In fact, the research now shows is that our unconscious decision making patterns follow a logic all of their own. According to the Harvard Business Review (HBR Emotional Intelligence Series) book by, Nick Morgan, Robert B. Cialdini, Linda A. Hill, Nancy Duarte, called "Influence and Persuasion", "Our decisions are based on a deeply empirical mental processing system(evidence acquired by observation or experimentation), that is capable of effortlessly processing millions of bits of data without getting overwhelmed." Whereas our conscious mind is limited simply because it only has the capability of process three or four new pieces of information at a time, due to the limitations of our working memory. Lightning Fast So having undergone this lightning fast mental process, our subconscious decision to buy or not to buy, is then communicated to the conscious mind. How does the subconscious mind communicate with the conscious mind? This communication is done with emotion. With the strong pull of emotion now present in our psyche, now only does our conscious mind go on a search for rational reasons to justify our emotional, and sometimes irrational, responses. Thus completes the buying decision making cycle.

So now we know why it is that when we try and pitch a rational argument to Mrs Rational, why we so often end up scratching our heads, wondering why deals and opportunities get stuck in paralysis by analysis. These decisions often end up as a "not now" or a "no" decision.

VC investors have heard it all.

There's a riddle in the Venture Capital and Private Equity world which asks: "What takes a tenth of a second to occur and can make or break your startup? BTW, they say, it’s not the computation performed by your tech product’s proprietary algorithm." VC's and PE's will tell you that very often it's actually it's their first impression. Interestingly enough, the Princeton researchers who discovered how quickly we form first impressions also found that our first impressions don’t change a while lot even after getting to know somebody for longer. So yes, whilst the entrepreneur really needs to deliver a well grounded and founded pitch, all too often their fate can be sealed within a just few short moments of the first meeting with an investor. Think about it...if ever there was a business group whose key priority is to effectively suss out a "strangers" trustworthiness quickly and meticulously, it’s the venture capitalists or private equity company. “If I get a whiff from the first meeting that the entrepreneur is not on the level, is being cagey, fudging too many important details, is being condescending to younger staff or gatekeepers, is playing power games–these are all quick no-gos,” says Jonathan Tower, general partner at Catapult VC in an article written for Fast Company by Beck Bamberger (BAM Communications) The VC or the PE will make a judgement primarily on TRUST. By rapidly and subconsciously using their well honed deeply empirical mental processing system to process millions of bits of data " and make a judgement call based on their "instincts". What does Nike say? So when Nike says, "consumers, people, humans — don’t buy products or services…we buy feelings." what they are really saying is that they create ad's that tap into the consumers deep subconscious wherein the need for certainty, comfort, security, acceptance, freedom, love, control and power reside. So just like the VC's and PE's, we'll make judgements subconsciously, using our deep empirical mental processing system to process millions of bits of data.". These subconscious data banks will feed our emotions which will then communicate to our conscious mind which will give us the vocabulary to justify the emotions we feel.

Which of the 3 brains of the consumer do they buy with?

In his enlightening book EMOTIONOMICS, author Dan Hill quotes Neuroscientist Joseph LeDoux who explains “…the wiring of the brain at this point in our evolutionary history is such that connections from the emotional systems to the cognitive systems are stronger than connections from the cognitive systems to the emotional systems.” Like all of us, the consumer has 3 brains. So which of 3 brains of the consumer do they buy with? Neuroscientist LeDoux suggests our brain waves will typically flow from our old Limbic brain (old Mammalian Brain) to our Neocortex (Thinking” Brain) or new brain. IOW...in reality our decision-making processes are much less rational than we’d all like to believe. I think, therefore I am.... rubbish! Rene Descartes, the French philosopher, mathematician, and scientist famously proclaimed, "I think, therefore I am," That was back in the 1600s, before the neuroscientists were able to show the folly of that statement. In his book Descartes Error, Antonio Damasio explains that “We are not thinking machines that feel, rather we are feeling machines that think.” IOW Damasio explains that "When confronted with a decision, emotions from previous, related experiences affix values to the options we are considering. These emotions create preferences, which lead to our decision."

Our primal brain, the Reptilian Brain, the third of the 3 brains of the consumer is the one, in reality, most humans function from, even though they would hate to admit it. Think about it for a moment...A brand, your brand, is nothing more than a mental representation of a particular product in the mind of the consumer. If the only representation of a product consisted only of that product’s features and other and other product data, there would be no emotional links to persuade the targeted consumer to action. Fight, freeze or flight In a physical or verbal confrontation, fear forces us to chose between fight, freeze or flight to ensure our self-preservation. Surely walking through the supermarket aisle isn't a matter of survival? No it's not! For that matter neither is meeting a deadline at work. Yet you see stressed people shopping for groceries every day. Most often it's our personal insecurities which may cause us to buy the latest organic granola or electric toothbrush or 17 blade razor to support our positive self-identity. An understanding of consumer purchase behaviour, the 3 brains of the consumer and how they are influenced by their emotions when it comes to decision-making, must be taken into account by both packaging designers and the brand marketers they design for.